In previous posts, I wrote about learning to read and write words, covering the first two of the Three R’s, reading, writing, and arithmetic, the third of which is the topic of this post, my favorite of the three, and the one that I learned first.

Here is a timeline for my learning of the Three R’s, indicating the ages when I started to learn them:

Here are some other milestones in my cognitive development:

When I was a year and a half or so, I started to play with piles of dirt in my grandparents’ yard. For some reason, there was a huge person-plus pile of dirt in the yard, and I used the dirt in the pile to fill my pail. I filled my pail with dirt, packed the dirt into the pail, and up-ended the pail on the pavement to make an upside-down pail-shaped pile of dirt.

In MathSpeak, a purrrfurrrt pail-shaped pile of dirt is called a frustum, and it looks like this:

In ScienceSpeak, this loss of entropy from the system required an input of free energy to drive the reaction, and indeed did I eat alotta food in those days, so much so that my ingenius (is that the opposite of genius?) father started to limit my food consumption for fear that I would grow large, blow up, and consume the Earth in a swelling swirling singularity of monomaniacal massmassness.

In my mind, there were no words for numbers, not yet, but I learned the concept of numbers in my way of making dirt piles in purrrfurrrt lines and grids. I learned the concept of numbers, not because someone taught me, but because I built it up with my own hands to see it in all its byoooty and glorrry with my own eyes before me.

Making dirt piles was my first special interest, and I did it for several hours a day in my own purrrfurrrt world of purrrfurrrtly spaced, purrrfurrrt dirt piles, where entropy was verry merry berry low and lowering evermore…

Along with the concept of numbers, I also learned the concepts of addition, subtraction, multiplication, and division, the basic arithmetic operations that my dirt piles also made purrrfurrrt in all their byoooty and glorrry.

Like many autistic children before and after me, I loved to play in my own way of arranging objects, over and over and over, again and again and again, for hours and hours and hours a day, hyperfocusing on my special interest in the byoootiful purrrfurrrt world inside my mind. According to the DSM, this was a restricted and repetitive behavior, and not the correct, normal, or healthy way for a hoooman child to play. According to me as a hoooman child, it was the bestest way for me to play, and there were no satisfactory substitutes until my mother showed me how to read when I was two and my father showed me how to write when I was three. Still, I continued to make dirt piles until we moved out of my grandparents’ house, and I sadly lost access to the source of such fun, the person-plus pile of dirt in the yard.

Soon after we moved into our apartment when I was three, I learned the verbal labels for the visual patterns that I had been making and seeing for half my life already. I already knew the visual patterns, pile by pile by pile, and line by line by line, but what I did not know were the verbal labels for the visual patterns. I already had the cake, but what I did not have was the frosting. The frosting, I made as I learned to write, drawing the shapes of my numbers just as I drew the shapes of my words, always struggling to write the number 8, because I couldn’t figure out how to draw such a strange figure that twisted and turned in such a strange manner.

Just as I learned to read in the visual to verbal direction, from pictures of things to pictures of words to word for things, so I learned to write in just the same way. Just as I learned the first two R’s, visual to verbal, so I learned the third R in just the same way. Each of the three R’s, I learned through my eyes, and in each case, I learned super duper fast, super duper well, and without others teaching me much of what I learned. For reading, my mother got me started, and I continued on my own, learning to read verry merry berry many words as I pored over my picture books whenever I was not making dirt piles or eating food to power my making of dirt piles. For writing, my father got me started, and I continued on my own, learning to draw and write even faster than I had learned to read. For arithmetic, I got myself started, creating order from chaos at the same time that I showed, for the first time in my life, a complete set of the signs of autism, a “devastating disorder”, or so it is called by others, not me.

Once I knew the words for the pictures, the labels for the patterns, and the language for the concepts, I would be the intelligent precocious child who did arithmetic on command instead of the defective diseased child who made dirt piles by default. I would be the child who followed the correct standards of normal healthy hoooman children instead of the strange child who lived in her own strange world. But even so, I would still be the same person, and it would be the perceptions of others that had changed to be different. And perhaps that was the problem in the first place, that the perceptions of others had been the problematic portions of an otherwise purrrfurrrt picture. Perhaps it was not me or my behaviors, but the perceptions of others, that were wrong. Perhaps it was not me, but others, who were wrong. Perhaps it was not me, but you, who was wrong.

Well, I have never really cared much about the perceptions of other people, those things being largely unknown and irrelevant to me throughout my life. Instead, I have always liked to do my own thing in my own way. Even after I learned the words for the pictures, the labels for the patterns, and the language for the concepts, I still thought in my own way of pictures, patterns, and concepts. I think in pictures, patterns, and concepts, and I translate them into words, labels, and language to communicate them to others. Because of this, I am bester at communicating to others than I am at communicating with others. To communicate to others, while teaching a class on a topic for example, all I have to do is to translate my thoughts into words and say them to others. To communicate with others, while having a conversation without a topic for example, I have to translate my thoughts this way and their words that way, then my thoughts this way and their words that way, then my thougthts this way and their words that way, on and on and on, until my brain fries, and my ears catch on fire.

I have to make the translations, from visual to verbal, pictures to words, patterns to labels, concepts to language, and dirt piles to arithmetic, to communicate to and with others.

Here is a translation in action:

As you can see, even after I learned the correct standards of verbal arithmetic in grade school, I still did the third R in my own way that I had built for myself upon a foundation of firm solid earth.

Click here and hit play for a brilliant rendition of my musical masterpiece on numbers.

Today is Autistics Speaking Day, so I encourage all Earthlings on Earth, autistic or not, to speak your minds today.

Communicate your true thoughts and feelings about something that is important to you.

Tell your true thoughts and feelings to someone who is important to you.

Tell your true thoughts and feelings to a group of people, your families, your friends, your acquaintances, total strangers.

Speak your true minds without fear.

Take a chance and see what happens.

These are what I do today and everyday.

From speaking my mind, my true mind, my true mind without fear, I have learned that no matter how much I am ridiculed or ostracized or censured by some people for saying my true thoughts and feelings outloud, that there are always plenty of other people who think and feel what I think and feel without being quite as good at speaking their minds, this social skill, this communicative function, as I am.

If I don’t speak my mind, then they won’t either.

For this one day, take a chance and speak your mind about something to someone.

For this one day, take a chance and see what happens.

Sticks and stones may break your bones, but words may set you free. 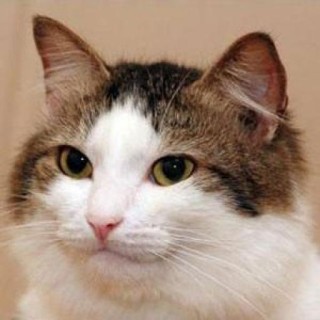