I have echolalia, which means that I repeat what other people say after they say it.

Usually, someone says something, whether to me or someone else, and I repeat the last word or two of their statement, several times.

Someone: Have you seen this new band, Bunny Bot and the RoboCats?

Someone else: Oh yeah! That’s my new favorite band! I went to their concert last weekend!

Someone: There’s another concert this weekend. Wanna go?

Someone else: OK! Let’s go! RoboCats and Bunny Bot!

My whole life, I have been doing this, and it is usually not a big deal, except that people usually think that I am talking to them when I am just saying what I heard with no intention of communicating anything at all.

In a thousand words, the situation looks like this: 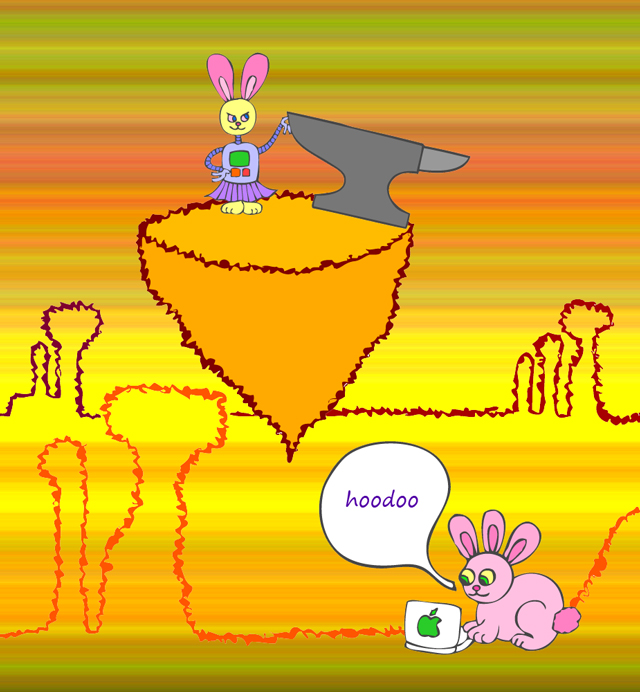 The mutant three-eared bunny says “hoodoo”, and the bunny bot on the hover rock gives the tilted anvil one little poke with her finger to drop it over the edge, yikes…

But what happens if we turn the tables?

What happens when I hear someone say something, someone like me, repeating some words that they just heard on a YouTube video playing on their laptop?

For me, the thousand words look moar moar moar like this: 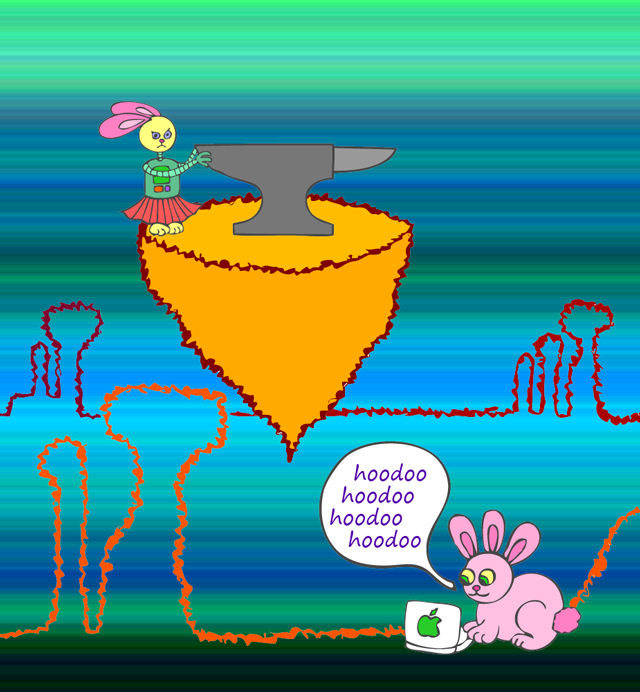 In my mind, the anvil is not placed, tilted, or ready to drop off the rock. Instead, I have to expend extra effort to push it to the edge of my hover rock, tilt it up, and shove it over the edge to fall on top of the unsuspecting three-eared mutant.

In the meantime, the mutant has the chance to say “hoodoo” many times in a row, at least the four in the picture, but likely moar moar moar. As soon as she says “hoodoo” two or three times, my brain automatically knows that she is echoing, not communicating, so my brain automatically shuts down my process of responding. Responding to a communication costs a lot of effort for me, so if there is no communication, then there is no need to waste energy.

The thousand words can be saved for this: 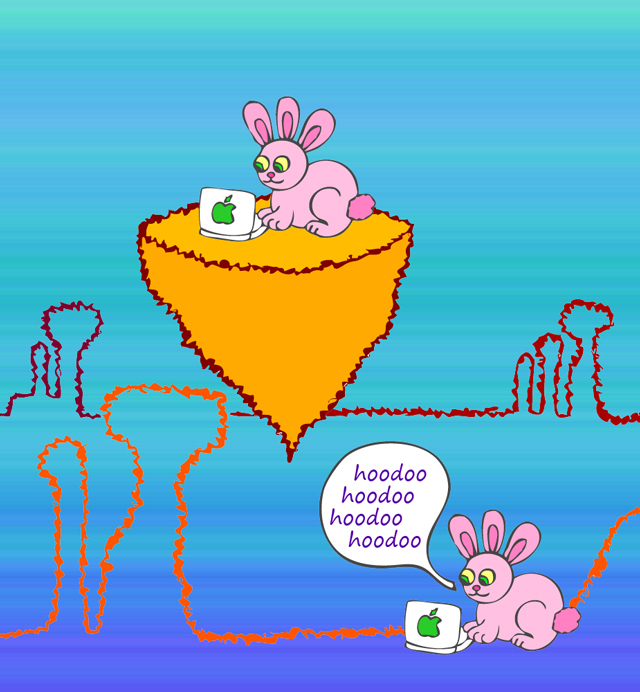 I completely ignore the echolaliator and continue my happy snappy Internetzing in effortless comfort. 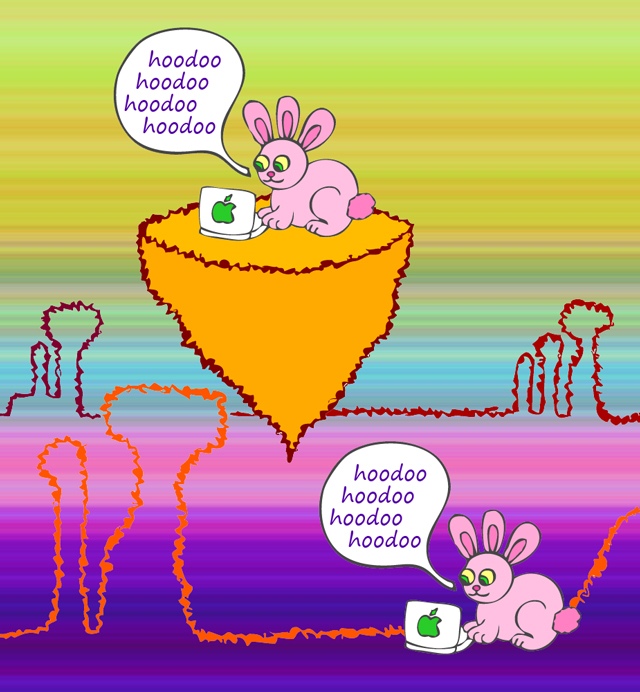 Only when the bunnies have different theories of mind and different numbers of ears is there a dispatch mismatch, a general pattern that holds true in real life eggswell.

By the way, just to let y’all know, my anvil is back from the shop, but I am still waiting for my hover rock to arrive in the mail. I don’t know when I’m going to get it, because I lost my SpaceEx tracking number.